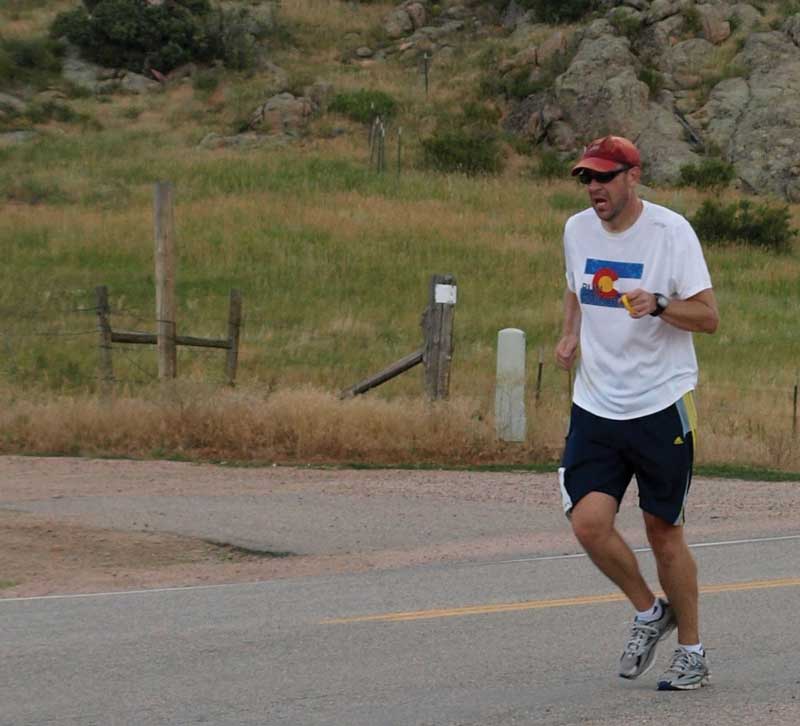 JAMES first started having neck pain symptoms at age 51. Initially, he thought the symptoms would pass in a day or two.  Instead the pain began to radiate into his left hand with numbness — an emergency symptom implying a herniated disc was pressing on a nerve with the potential to cause permanent numbness.

Over the counter remedies provided little relief, so he visited his family doctor who prescribed anti-inflammatories.  The pain and numbness persisted, so the famly physician prescribed a steroid pack and an x-ray was ordered. The relief from the steroid pack was temporary.

“My quality of life was in a shambles,” James remembers. “I gutted it out at work, but I couldn’t run, which was a big part of my daily routine. Worse I couldn’t sleep.”

Desperate for help, Jim reached out to a good friend who was a chiropractor who suggested an MRI. After a prolonged wait for an insurance company approval, the MRI diagnostic test revealed that James had a herniated disc.

“My chiropractor and family doctor recommended Dr. Jatana,” James recalls. “It was reassuring to me that both doctors recommended the same specialist.”

Jim met with Dr. Jatana, who cautioned him that not only did he have two disc herniations, but a third disc in the neck was also showing degeneration.

According to Dr. Jatana, a cervical fusion at two levels would create additional stress on the four remaining discs to maintain the little remaining motion. “With two herniated discs, and a third showing signs of degeneration, an artificial disc is a much better alternative to fusion,” explains Dr. Jatana. “The Mobi-C artificial disc is FDA-approved for two levels and can reduce the stress on remaining discs.”

“I was nervous about any kind of surgery,” James remembers. “But I could tell right away coming out of surgery, that the neck pain and numbness in my hand was mostly gone. I had my surgery in an ambulatory surgery center first thing in the morning, and I was on my way home the same day by 1pm. I wore a collar during a several week healing process. I did 5 or 6 weeks of  PT, then was cleared to slowly work back into more strenuous activity.”

A few months after surgery, Jim was back to regular activity.  He has started biking to alleviate some of the repetitive impact of running.

“Post surgery, I have amazing range of motion,” James notes. “I do have some residual numbness in my fingertips, but it has continued to improve. In retrospect waiting four months for approval for an MRI was not beneficial. I don’t believe I’d have any numbness if the insurance company didn’t delay the approval process”.

JAMES first started having neck pain symptoms at age 51. Initially, he thought the symptoms would pass in a day or two.  Instead the pain began to radiate into his left hand with numbness — an emergency symptom implying a herniated disc was pressing on a nerve with the potential to cause permanent numbness.